START QUIZ
Checkout
(
0
)
Shopping Cart
No items found.
Product is not available in this quantity.

Metro UK: Covid survivor unable to smell or taste for a year has breakthrough moment at perfumery 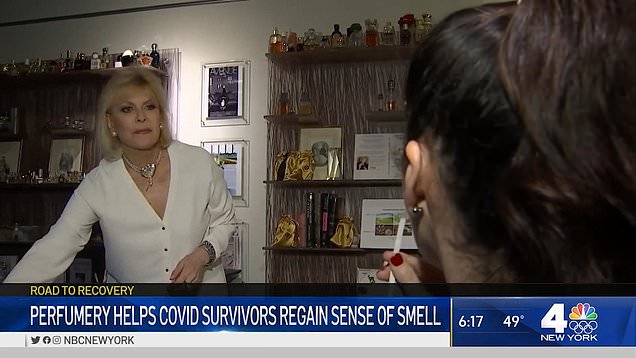 A Covid survivor who was unable to smell or taste for a year managed to regain some of her senses during a trip to a perfume shop.

Lyss Stern, from New York City, New York, lost her sense of smell and taste after contracting coronavirus in March last year and until today, has not smelled anything since then.

But after a long 12 months she has finally had a breakthrough, thanks to a visit to the The Scentarium in Upper East Side in New York.

Speaking to NBC New York, Stern said she was able to teach herself how to smell again.

She said the last year has been a struggle and despite having low points, she always hoped her senses would come back again.

Stern said: ‘It’s very frustrating, but I have to stay positive. I’m a survivor, it could’ve been a lot worse, so I had to put that into perspective.

‘However, I’m not going to lie to you, it’s very frustrating.

‘I do believe that over time, and hopefully with something like where I am today, and with the studies that I’m doing, we will eventually be able – even if it’s just a little bit – to get back a little of my smell and taste.

‘I’ll take whatever I can get back.’

Her ability to regain her sense of smell came while trying out various scents at the perfumery to see if she can detect anything.

With the help of owner, Sue Phillips, Stern tried out a long list different samples. While many smells failed for Stern, the odor of vanilla provided some much-needed hope.

From there, Phillips put together what few fragrances triggered a reaction to enable Stern to smell a fragrance.

For Phillips, she said getting to that point made it all worth it for her.

‘This for me, this is what I live for’, Phillips.